Laparlière transforms lackluster wall spaces with her own fresco style ​and also uses that technique on wood to create plaques and wall hangings. 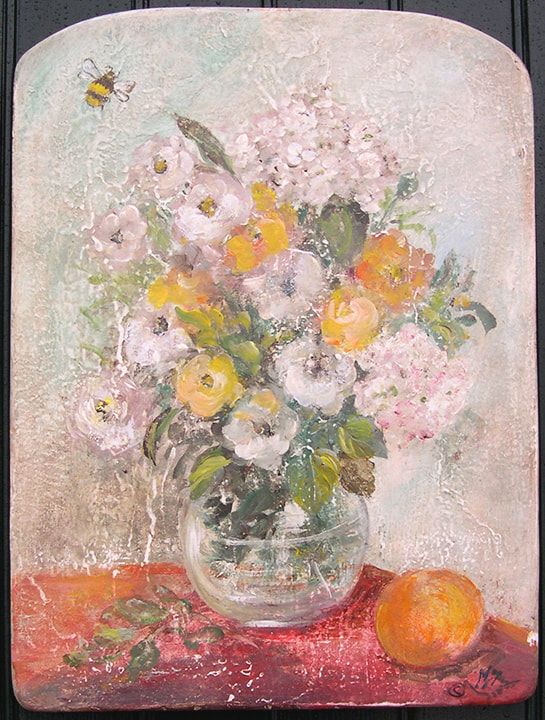 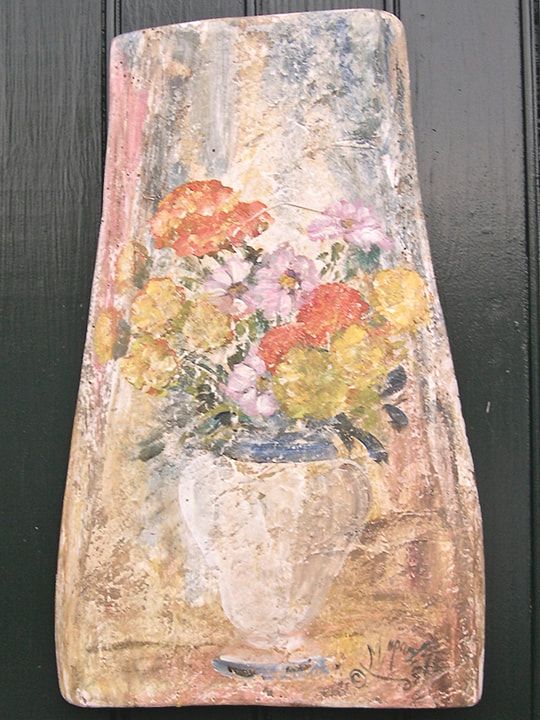 Floral on oak board (heavy)

Pompeian angel on oak board (heavy) 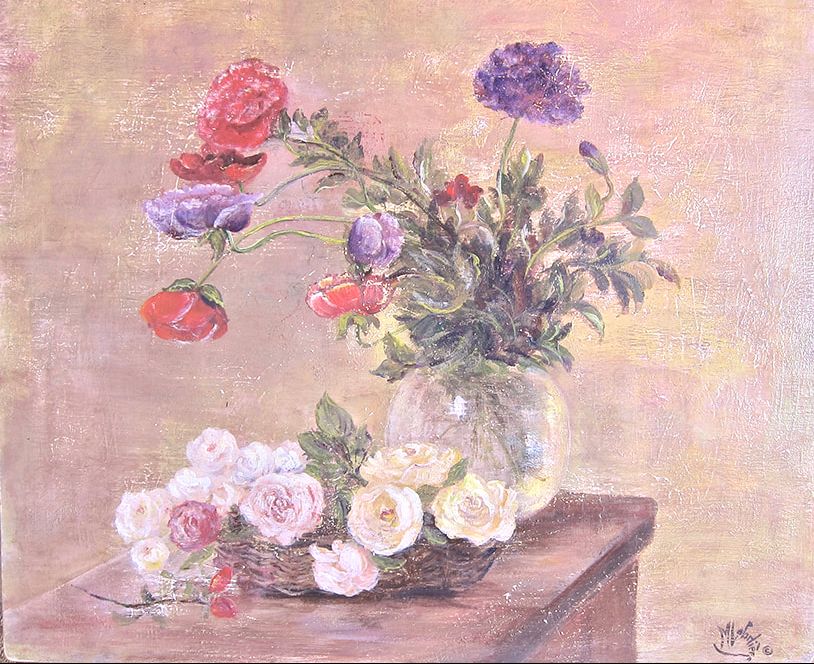 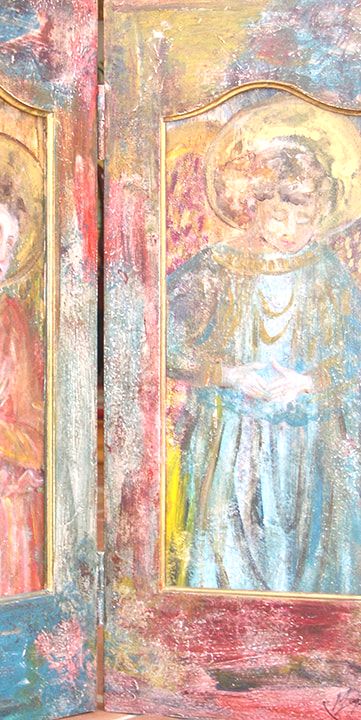 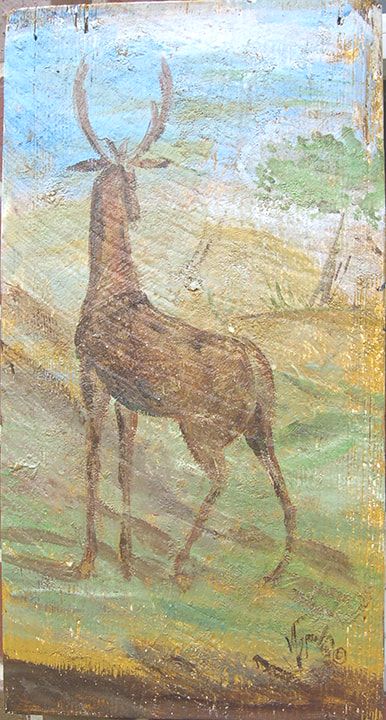 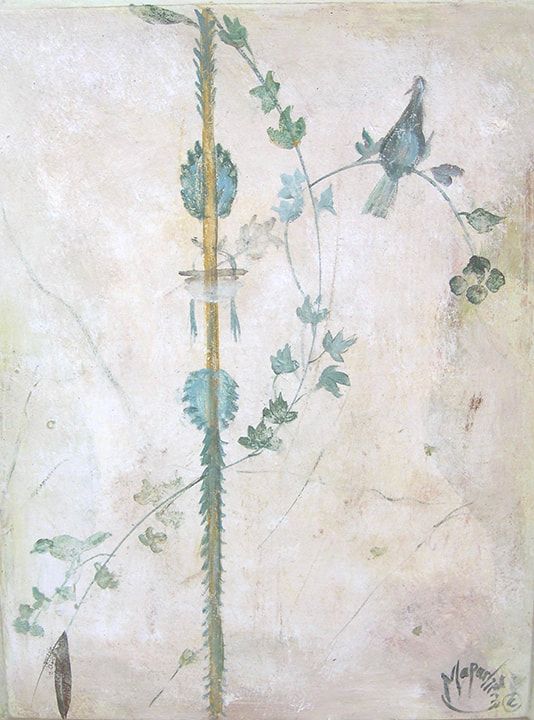 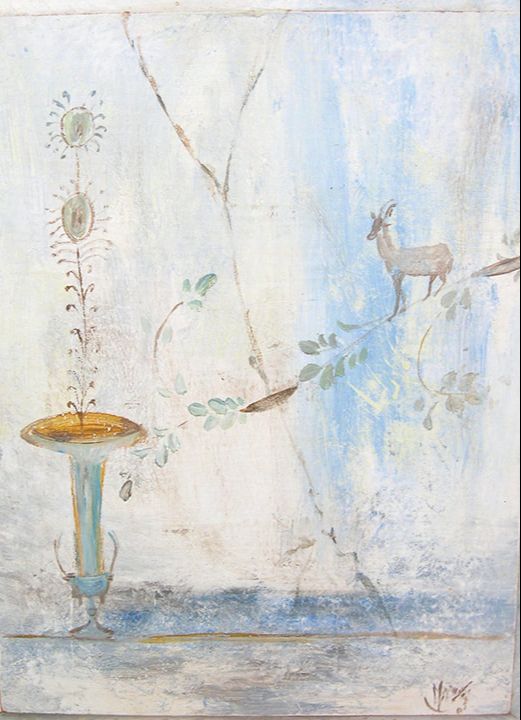 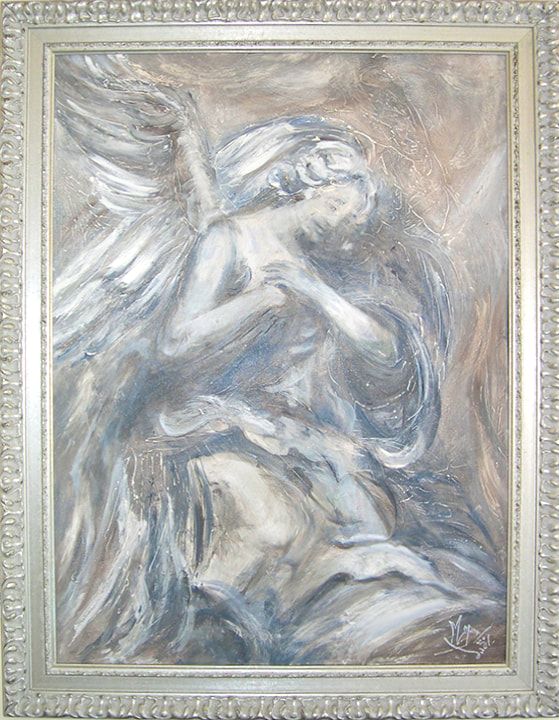 Framed painting/canvas: Inspiration from a statue in Amiens Cathedral 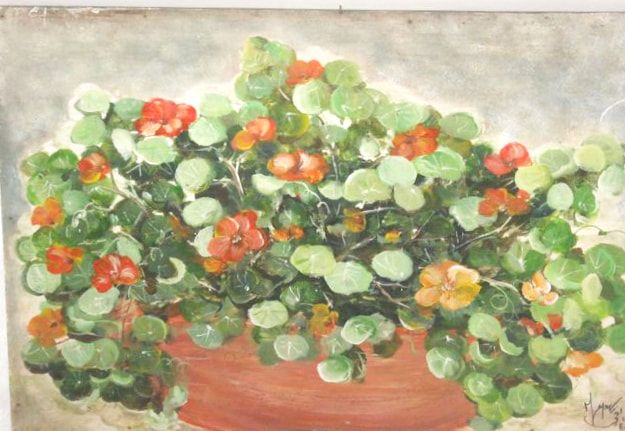 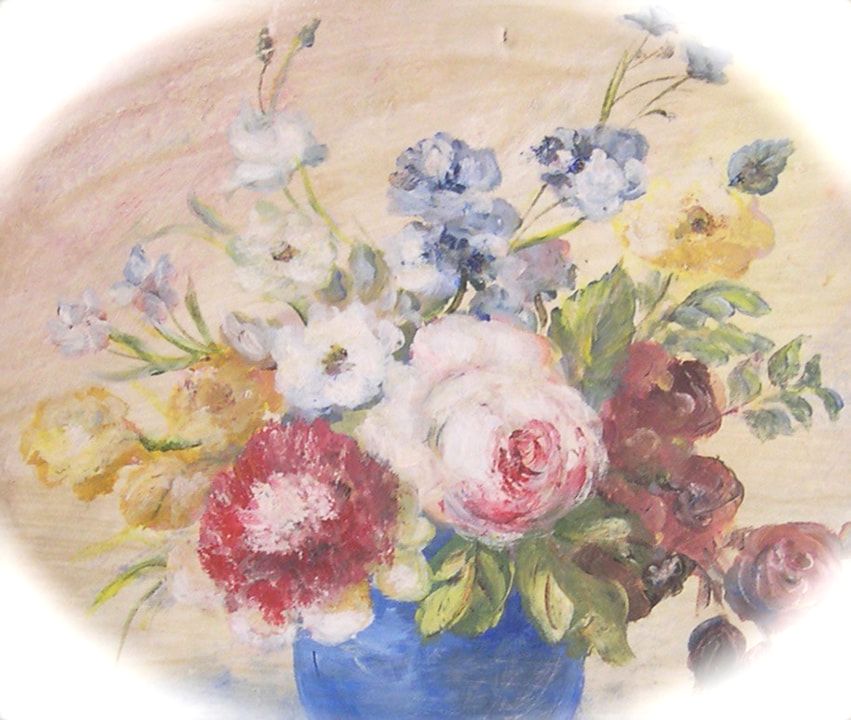 Ship in the traditional style/heavy pine

“Blue Bird Fresco”
The original of this fresco was found in the Minoan royal palace of Knossos in Crete.
The blue bird is surrounded with wild roses, lilies and other flowers.
The Minoans had an admiration for nature and were one of the earliest cultures to paint natural
landscapes and animals, such as monkeys, birds, dolphins and fish.
The blue bird is seen as an harbinger of happiness, joy and hope !
Maryvonne included on the left side of the mural a portion of the large fresco mural done in Akrotiri*,
named “Spring Flowers and Swallows”. This fresco went beyond conventional boundaries such as
corners and covered several walls, surrounding the viewer.
* Akrotiri was a settlement located on the island of Thera (known today as Santorini); Akrotiri was
devastated along with the coast of Crete, by a huge volcanic eruption of Thera and related earthquakes
and tsunamis. ( These occurred in the mid 2nd millennium BC, between 1642-1540 BC-the late Bronze
Age-). 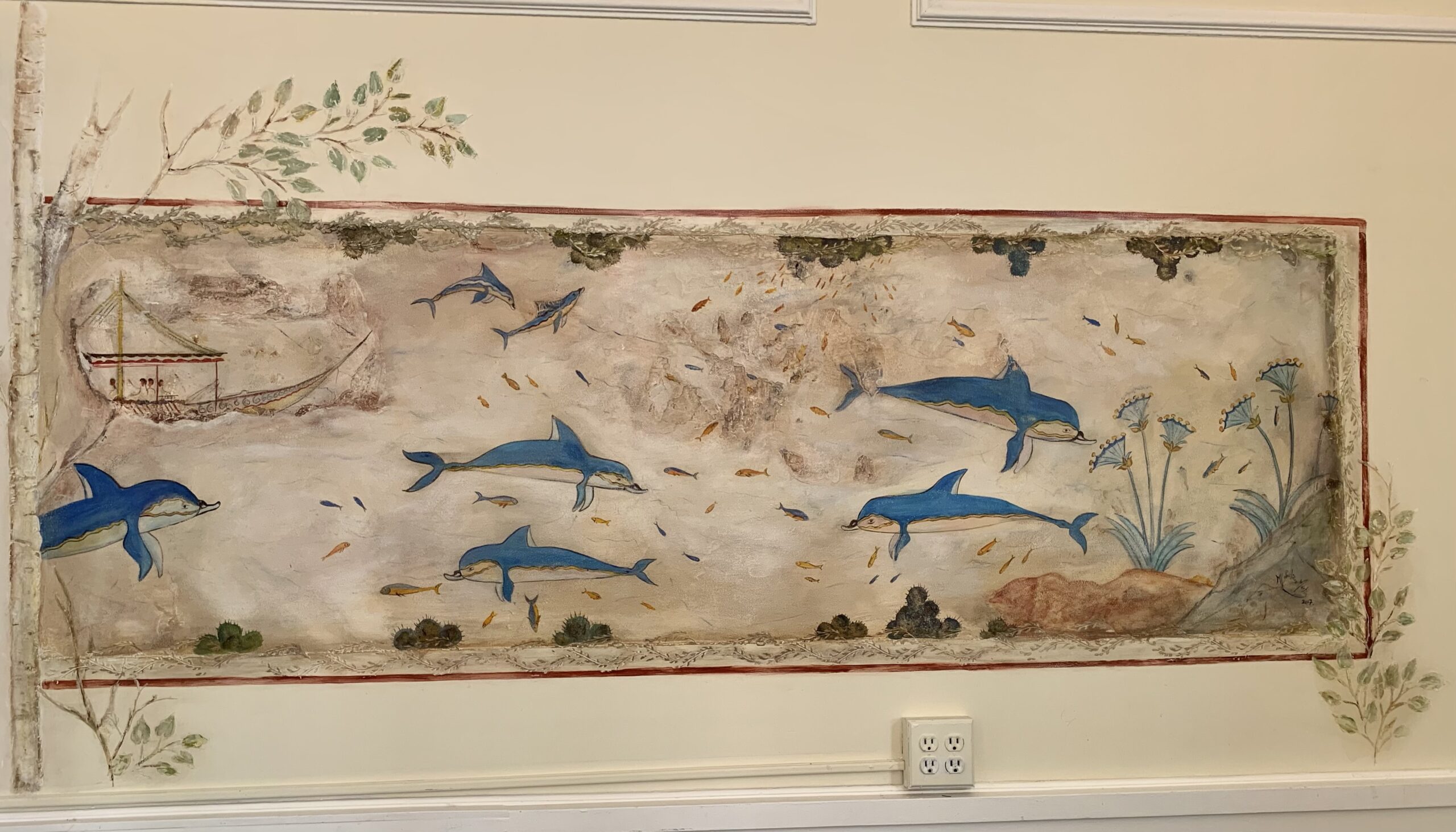 About the dolphins
You can see in this Knossos fresco, perhaps the first representation of dolphins in art.
It shows the importance that the Minoans attributed to dolphins.
Dolphins have been depicted in Greek art (pottery, coins, mosaics…).
They also appear in myths and fables, with the dolphins forging close relationships and helping humans.
Ancient Greeks expressed their jovial and intelligent nature, as well their love for humans.
Dolphins were considered to be the god Apollo’s messengers, and a good omen when appearing next to ships for a smooth
voyage!
Today they are considered as a symbol of freedom, protection and good luck!
As Jean-Michel Cousteau says: “we have reached a point in our human evolution where people are realizing that cetaceans,
including orcas and dolphins, are far too intelligent, sophisticated, and behaviorally complex to be kept in concrete prisons
…and being forced to do circus tricks as entertainment for people and profit for amusements parks.
They suffer from mental distress, physical illness and shorter lifespan.