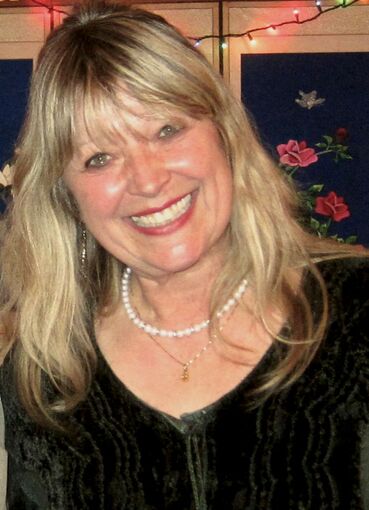 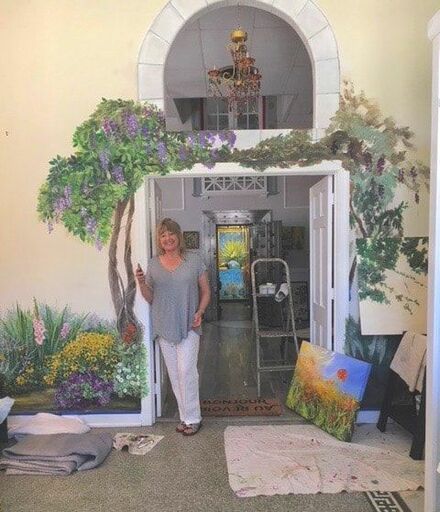 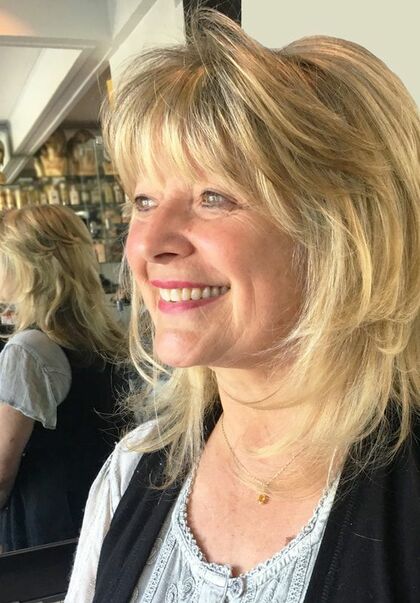 Born in the outskirts of Paris, France, LaParlière spent her early years in Rueil-Malmaison near Malmaison Château, home of Empress Josephine the first wife of Napoléon. She admired Josephine’s interest in nature, architecture and decorative painting and has carried with her the image of Josephine’s lovely rose garden immortalized by Pierre-Joseph Redouté. It was also the place where Monet and Renoir depicted so well the boating, picnicking and dancing along the charming banks of the Seine. LaParlière says, “those childhood influences were imprinted on the canvas of my soul as an artist.”At age 16, LaParlière’s family moved to France’s Loire Valley, with its beautiful châteaux full of art and charming villages. She pursued her love of painting in Tours where she studied at the prestigious art school, Les Beaux Arts.

In 1988, LaParlière came to America’s West Coast where she began restoring furniture and painting full scenes on them, exhibiting and selling her work, and being featured by the media. Her talent was noticed by Beverly Hills celebrities. She was commissioned to do furniture, paintings, trompe l’oeil and murals in the homes of celebrities including Priscilla Presley (her main collector for many years), Larry Hagman, Steven Seagal and Kelly LeBrock to name just a few. LaParlière became adept at translating a family’s history and dreams into a perfect mural, or turning an armoire, desk, table or cupboard into a beautiful work of art that was personal to her client.

​As LaParlière’s career progressed, she moved to Santa Barbara, California, where she exhibited and was active in the art world. The stunning 70-feet of murals she completed at the Goleta Valley Cottage Hospital in Santa Barbara illustrates perfectly the unlimited dimension of her talent.

For more than 30 years, LaParlière has built an acclaimed career, with both international and American clientele. She has done work on site at home and abroad for the Orient Express ​Hotel Chain, several universities and hospitals,
the homes of diplomats, and at beautiful estates and châteaux. Her work has been featured in numerous exhibitions and in local, national and international media.

​In 2010, after a solo exhibition at the French Embassy, LaParlière was decorated by the Ambassador as a “Knight in the Order of the Palms” in recognition of her talent and for bringing French culture to so many in America. She continues to explore the field of decorative art, creating wall frescoes in the Greek and Roman style, faux finishes and decorating old wood with angels and other figures. She works to transform furniture with even more unique, intricate hand-painting to create pieces of museum quality.

After living in California, LaParlière moved to the east coast opening galleries in Charlottesville and Gordonsville, Virginia. She then acquired an historic building in Amherst Virginia and opened Galerie LaParliere. In addition to displaying her artwork on furniture, paintings on canvas, frescoes on wood, she also created murals and frescoes on the walls, faux stone, painted floors, various painted objects and faux tiles all in order to establish a Museum of Decorative Painting.

Her present plan is to establish a similar Museum back in California. As she says “my mission is not yet complete”.